The Environmental Impact of Oysters 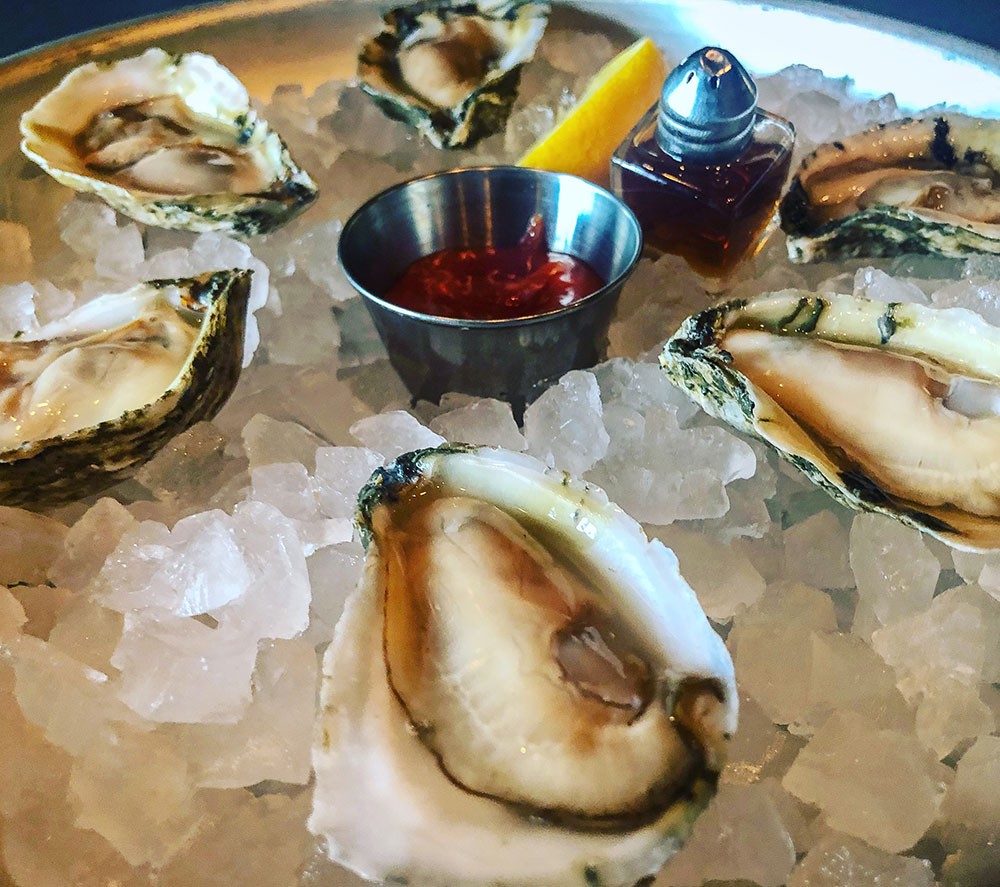 Oysters are critical to water systems, providing shelter and habitat for many other estuarine organisms, filtering and cleaning the water, reducing bank erosion, and acting as a buffer from extreme weather like hurricanes. Because of everything they provide, oysters are considered a keystone species– a species on which other species in an ecosystem largely depend, such that if it were removed the ecosystem would change drastically.

Unfortunately, in the Chesapeake Bay less than 1% of the historic density of oysters remains due primarily to overharvesting and also because of pollution and disease. This overharvesting has led to poor water quality in the bay, eroding shores, limited habitat and shelter for those organisms that need it, and worsening coastal impacts from severe storms. For perspective, it was said that historically the oysters were able to filter the 18-trillion-gallon bay in one week– now taking a year to filter the same amount.

It’s not all gloom, though. Oysters are making a big comeback due to the amount of incredible research that has been done showing just how important these creatures are to our environment, waterways, and the protection of our coastal cities. There are massive initiatives to bring back oyster reefs, such as the Chesapeake Oyster Alliance which has a group of organizations committed to adding 10 billion oysters in the bay by 2025. Another such example is Reef Innovations which is creating “reef balls,” which are artificial reefs that are set with oyster spat (also known as baby oysters). These reef balls help accelerate the reef-building process and provide habitat and shelter to a variety of species.

With the incredible amount of oyster reef rebuilding going on, much of those reefs need time to re-establish in order to become self-sustaining again. You may be asking yourself, is it sustainable to eat oysters?

For the most part, yes. Oyster aquaculture, meaning oysters grown in cages that are meant to be harvested and eaten, help with water filtration and, when the shells are recycled, the discarded shells are then used to help build more oyster reefs. On the whole, scientists agree that farming and eating those farmed oysters is pretty good for the environment and far outweighs the cons. It’s a good compromise between environmental sustainability and industry. Just make sure that you are having farmed oysters and you’re in the green for sustainability.

Feast’s part in all of this is to provide the freshest, most diverse selection of oysters we can get our hands on, thus supporting ecosystems in all the main oyster habitats around the U.S. On any given night, Feast’s diners can enjoy a variety of oyster species from both coasts of the US along with beautifully paired wines and sakes.  For an added bonus we donate 10% of sales on Wednesdays and Sundays to a Bozeman area non-profit. It’s a win-win-win for your palette, your community, and coastal ecosystems.

So shuck and slurp away!

The Power of Locally Sourced Ingredients and Local Food

At Feast, we’re big proponents of shopping locally and sourcing fresh, high-quality ingredients. Locally sourced ingredients are great for the local economy, great for the environment, and great quality. We’re proud to partner with several local purveyors, and to...